Dissolution of the Marriage

In the State of Pennsylvania two people may obtain a decree in divorce by agreement 90 days after the party filing the divorce serves the other party. Absent an agreement, one party may force the other party to divorce after being separated for 2 years. Pennsylvania also has fault grounds for divorce, however given the other two avenues, and the fact that equitable distribution is unaffected by fault, fault grounds are rarely used.

One of the things that can hold up the actual divorce is how to divide the martial estate. It is important to note that in most circumstances a divorce decree should not be entered until there is an agreement or Court order distributing the entire martial estate. It is for this reason that cheap flat rate do it yourself divorce promotions should be avoided. Unless you have no assets of value, you really need a divorce lawyer to make sure that your rights and your property are protected.

Cases can be resolved through agreement, or in the absence of an agreement, by Court Order after an equitable distribution trial.

Although many cases turn out 50/50, there is no rule that that should be the default distribution. In fact, the court is required to consider the following factors in deciding the appropriate distribution:

In the State of Pennsylvania when parents are unable to agree as to custody the Court must determine what is in the “Best Interest” of the child(ren). There are two types of custody; legal and physical. Legal custody is the ability to make decisions regarding the health, welfare, education, and religious training of the child(ren). This is generally shared equally by the parents.

Physical custody refers to who actually has physical possession of the child(ren). There are many physical custody arrangements from; shared 50/50 custody, to primary with one parent and partial non overnight custody in the other, and everything in-between.

If parents are unable to agree on the physical custody schedule, then the Court will conduct a trial and evaluate the following factors to determine what is in the best interest of the child(ren):

Generally Grandparents can only sue for partial custody, and only against parents who are no longer in an intact relationship. In some rare cases grandparents have standing to sue for primary physical and or legal custody. Grandparent custody cases are very fact specific and require the services of an experienced lawyer.

When there is a 50/50 shared custody arrangement, the higher earning parent will owe the lower earning parent. There is a reduction in the payor’s proportionate share of child support, for those payor’s who have between 40% and 50% of the overnights.

There are other factors that will affect the amount of support owed, including but not limited to; child-care, tuition, cost of health care, spousal support, multiple families. It is important to consult an attorney prior to; filing for support, or appearing for a domestic relations conference.

Spousal support can be sought from the moment that parties separate, up until a divorce is entered.

There are other factors that can affect the amount of support that someone is entitled to, including but not limited to; cost of health care, mortgage set-off expense, child support, length of marriage. It is important to consult experienced counsel before you file, or before you appear at your domestic relations conference.

Alimony is support paid to and ex-spouse following the issuance of a divorce decree. 23 Pa.C.S. § 3701 requires that 17 factors be considered in determining whether alimony should be awarded.

Today, Alimony is awarded less frequently than it used to be. Many households run on two incomes, and even if the parties don’t have equal earning capacities there are sufficient assets to offset the need for alimony. This is not to say that Alimony is not still a viable claim, and it is important to consult experienced counsel who can give you a good idea of whether or not you are entitled to alimony.

PFA’s are a civil remedy designed to give protection to individuals who have been placed in reasonable fear of imminent serious bodily injury by; family or household members, sexual or intimate partners who persons who share biological parenthood.

Though PFA’s are civil, violating a PFA is a criminal matter. If found guilty of contempt of a PFA Order, the Court can Order fines up to $1,000.00, and up to six months in jail. Violation of a temporary PFA that is pending final hearing carries the same potential punishment of violating a final Order.

Experienced counsel should be retained whether you are in need of a PFA, or have had a PFA petition filed against you. 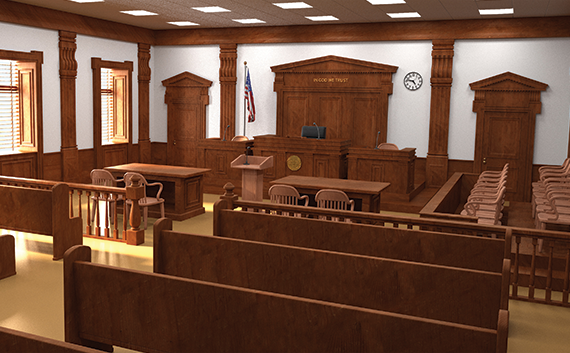 Has a family member been arrested?

For their legal protection they should always talk to an attorney before speaking to law enforcement.

Are you trying to gain custody of your children?

Learn how to protect your family and your rights as a parent in a custody agreement.

You Aren't a Percentage.

We use cookies on our website to give you the most relevant experience by remembering your preferences and repeat visits. By clicking “Accept All”, you consent to the use of ALL the cookies. However, you may visit "Cookie Settings" to provide a controlled consent.
Cookie SettingsAccept All
Manage consent

This website uses cookies to improve your experience while you navigate through the website. Out of these, the cookies that are categorized as necessary are stored on your browser as they are essential for the working of basic functionalities of the website. We also use third-party cookies that help us analyze and understand how you use this website. These cookies will be stored in your browser only with your consent. You also have the option to opt-out of these cookies. But opting out of some of these cookies may affect your browsing experience.
Necessary Always Enabled
Necessary cookies are absolutely essential for the website to function properly. These cookies ensure basic functionalities and security features of the website, anonymously.
Functional
Functional cookies help to perform certain functionalities like sharing the content of the website on social media platforms, collect feedbacks, and other third-party features.
Performance
Performance cookies are used to understand and analyze the key performance indexes of the website which helps in delivering a better user experience for the visitors.
Analytics
Analytical cookies are used to understand how visitors interact with the website. These cookies help provide information on metrics the number of visitors, bounce rate, traffic source, etc.
Advertisement
Advertisement cookies are used to provide visitors with relevant ads and marketing campaigns. These cookies track visitors across websites and collect information to provide customized ads.
Others
Other uncategorized cookies are those that are being analyzed and have not been classified into a category as yet.
SAVE & ACCEPT